Twenty months have passed since the assassination of Berta 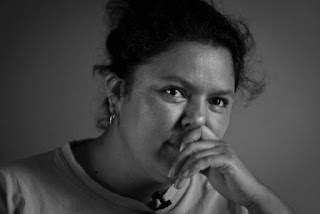 Twenty months have passed since the night of the vile assassination of Berta Cáceres, General Coordinator of the Civic Council of Popular and Indigenous Organizations of Honduras. During this time the Honduran authorities have demonstrated a lack of political will to prosecute those who ordered her murder, confront the structural causes of her death, or end the persecution of those who defend their territory in Honduras.

Those who wanted to take the life of Berta Cáceres and thereby try to end to the fierce struggle of COPINH and the Lenca people have been hiding behind a cloak of impunity. Nonetheless, with just minimal access to information, an international group of advisors was able to conduct an independent investigation and unveil the network of corruption, cruelty, persecution and hatred behind her murder, and the perpetrators at the center of it, members of the DESA corporation.

In view of the above, the undersigned support COPINH’s demands to the Honduran authorities with respect to:

1. The arrest, trial and conviction of those who ordered and planned the murder of Berta Cáceres and the persecution of COPINH.
2. Cancellation of the concession along the Gualcarque River granted to Desarrollos Energéticos S.A. (DESA), which the GAIPE report clearly shows formed part of a criminal and murderous network.
3. Assurance of a true investigation into the crime against Berta Cáceres, through the dismissal of all the people involved in the case and the creation of a new investigation team subject to oversight by international organizations.
4. The adoption of effective and immediate measures of safety and protection for the legal team, COPINH, and Berta's family, who are involved in the case in pursuit of justice.