COPINH: Urgent denouncement, DESA-Agua Zarca reinitiate illegal and illegitimate Hydroelectric Project, Violator of the Rights and Life of the Lenca People and Their Territory 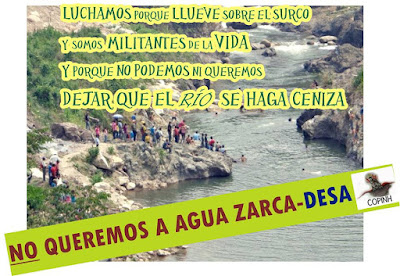