In Honduras, Attempted Murder Against an Indigenous Youth is Worth 30 to 90 Days in Jail 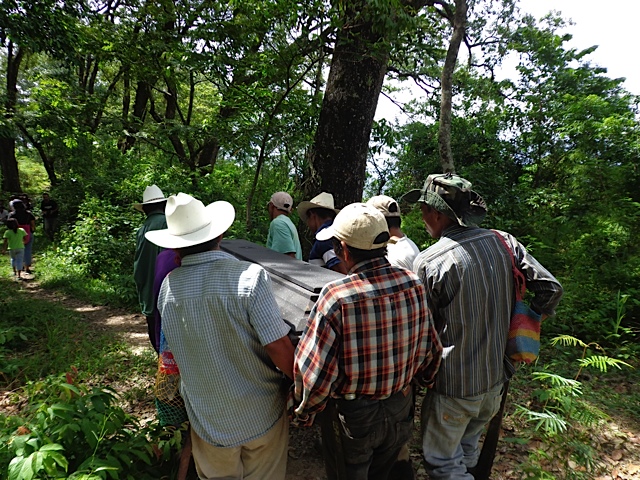 On July 15, 2013 the life of Tomás García was brutally taken, and his 16 year old son nearly lost his own, struggling to defend their land against the powerful interests behind the Agua Zarca hydroelectric dam project in the northwest of Honduras, in the heart of the indigenous Lenca territory.

That tragic afternoon a Sub-officer from the Honduran army’s First Battalion of Engineers--a unit that receives U.S. government funding-- opened fire on an unarmed García, a member of his community's Indigenous Council and member of the Council of Popular and Indigenous Organizations of Honduras (COPINH), during a peaceful protest being organized to halt the project.

On December 10, 2015 the judges found officer Kevin Yasser Sarávia guilty of simple homicide, yet on the charge of attempted murder against Tomás’ son, Allan, the court ruled not guilty, citing negligence. Despite the strength of the prosecution’s case - including strong witness testimonies, expert medical and scientific evidence which thoroughly discredited the defense’s case of self-defense - the convicted killer received a 30 to 90 day sentence in a military prison, a crime whose punishment generally warrants between 15 and 20 years in jail. MORE>>>